When I was younger, I imagined being married at 24, kids at 27. Hitting these milestones would have had me preparing for my child’s first college tuition payment next year.  Instead, I am chasing a semi-domesticated 2-year-old boy around our house at the tender age of 44 and expecting twins in less than two months.  Fatherhood has always been my destiny, despite being off schedule by 17 years, but it wouldn’t be the same without the influence and inspiration of other dads before and with me.

A salute to my fathers

Chapter 1.
I was the child of a single mother, my father lived in Peru and I only met him twice when I was two.  She then married Art, with whom we immigrated to Baltimore, MD.  Unfortunately, their marriage ended when I was six, but before they went their separate ways she asked Art if he would like to remain connected to me as a dad.  His decision to do so, which was followed by a lifelong commitment was the kindest thing anyone has ever done for me. He truly was the dad he never had to be and I can’t thank him enough for his presence, strength and love throughout my life. 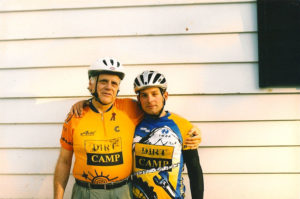 Chapter 2.
My mother married Rajinder (Reggie) when I was in high school.  They had been together for years and Reggie had so graciously integrated us into his loving and gregarious Indian family.  Despite me being quite mischievous as a boy he was patient and supportive with me.  He encouraged me to cook and would always praise me by telling me ever so boisterously with his Indian accent, “Elias!! You should get married”.  I only wish he could have made it to see me actually get married and become a father. 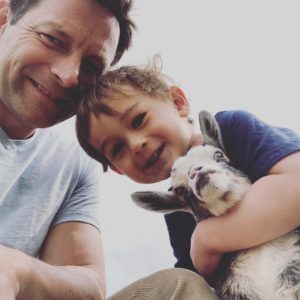 Elias Bachmann with his son Matias

Chapter 3.
When I was 19 my mother sent me to Peru to meet my father, Enrique.  I couldn’t remember well my interactions with him from when I was two, but I had an album of photos of us together, which my mother kept for me. I can remember the feeling I had when we hugged for the first time at the airport, like a missing piece had been reinserted into my life. The magical connection between a father and child that I now feel with my own son is unmistakable and as precious as anything in the world. 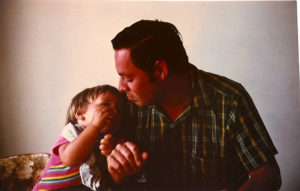