When I was a young boy, maybe seven, I was at a golf course pond in Iowa with a rocky shoreline and lots of bullfrogs. Picking up a rock from the shoreline, I tossed it at a bullfrog. I tossed another. And another. To my surprise, I hit one. To my horror, the frog then floated to the surface upside down – its lifeless white belly a sharp contrast to churning green water. I was (and still am) wracked with remorse. The experience was nauseous and seared into my memory. Years later, reading Plutarch in college, I came across this from the Greek philosopher Bion of Borysthenes, “Boys may throw stones at frogs in jest, but the frogs do not die in jest.”

Watching the tragedy in Ukraine unfold evokes similar nausea. As many commentators have observed, Vladimir Putin believes himself a “man of destiny.” They speculate that, for him, Ukraine is a grand adventure in empire building. Yet it is not sport or epochal for the Ukrainians and Russians who are dying and being displaced.

This March 22 will also be one-year since the King Soopers mass shooting in Boulder, when ten innocent people were killed by indiscriminate violence. Thus far, according to the UN Office of Human Rights, there have been 1,335 civilian casualties in Ukraine. Visiting the King Soopers memorial last March, the sense of grief was overwhelming. Magnifying that loss and grief by 130 times is incomprehensible. More recently, we witnessed thousands of our neighbors displaced by the Marshall Fires. The idea of 2 million Ukrainian refugees — 1000X people displaced – is gut-wrenching. And, as forces encircle Kyiv, the worst may still be yet to come.

Though it seems worlds away, the world today is small and interconnected. As an example, one of our investment manager partners, Ethic, has several Ukrainian team members, whom they are working to evacuate. Here at BSW, our newest team member, portfolio manager Dmitry Popov, is Russian and shared with me the increasing hardships forced upon everyday Russian citizens. “I was born in 1988, just before the USSR collapsed, and grew up as Russia became increasingly open. My parents are in their 60s and 70s and remember empty shelves and Soviet-era hardships – which have now returned. Because of the sanctions, medicine is in short supply, travel will become more and more difficult as airplane and car parts dry up, and the banking and financial systems are collapsing.” Dmitry and his wife Anna welcomed their baby son, Anthony, this past December. Yet traveling to see his parents will be impossible for the foreseeable future – let alone his parents coming to the US.

While direct intervention has little support from the American public, BSW’s Director of Public Investments Craig Seidler observed that the financial system is being mobilized against the invasion to a degree never seen before. “In addition to pulling the rug out from under Russia’s reserves of US Dollars, SWIFT restrictions, and cutting Russian companies out of investment indices, companies big and small are pulling out – like Pepsi, McDonald’s, Apple, even oil majors BP and Shell. Companies know that they are being closely scrutinized by the public, which is demanding action.”

It’s this last point from Craig that should give us all some degree of hope for the future. From a historical perspective, BP and Shell would not be considered socially responsible companies. Yet now, in 2022, corporate action is expected and – at least on Ukraine – is quickly becoming the rule rather than the exception. As another example, today the University of Colorado announced it would withdraw investments in Russian companies. Contrast this with the decades it took for university endowments to divest from apartheid South Africa.

BSW became a B Corp in 2017 and a Public Benefit Corporation (PBC) in 2019. Some naysayers regard the B Corp movement as inconsequential. They are skeptical that big companies or the broader system of capitalism will ever adapt to considering all stakeholder interests. Yet, as I recently discussed with US News & World Report, interest is skyrocketing — and the broader corporate response to the Ukraine invasion is historic in its breadth and swiftness. Inch by inch, the B Corp movement, conscious capitalism, values-aligned investing – whatever you want to call it — is changing capitalism. It’s changing public awareness. It’s changing investor and corporate behavior. But change is not easy or smooth. It takes hard work, perseverance in the face of skepticism, and the unwavering belief that we can – and will – make things better.

Although the Ukraine invasion will continue to feed volatility and uncertainty throughout investment markets, it is calming and gratifying to see our investment team preparing for potential rebalancing triggers, our Advisors reassuring clients, and our Operations professionals processing through recent subscription documents. Know that we have your back during these uncertain times – and that we are doing our best to Make Life Better for you and the broader world we share. 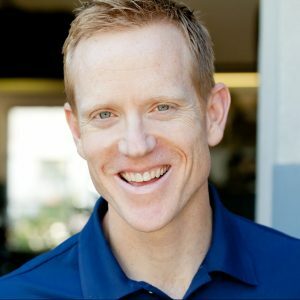