Swallowing a Spider to Catch a Fly

“The truth is that you don’t know what is going to happen tomorrow. Life is a crazy ride, and nothing is guaranteed” Eminem

The above two quotes, albeit from opposite ends of the character spectrum, do a good job of summing up where we find ourselves in the financial markets – that being the intersection of What the Heck Lane and I’ll Take It Drive. While there are plenty of things to worry about, the stock and bond markets continue to shrug and march higher.

With Maya’s quote in mind, I decided to dig through the scrapbook of financial market fact patterns to better understand how we got to these valuations and states of affairs. Why are $15 trillion of global fixed income priced to negative yields? Why is there no inflation? Why are U.S. bond yields so low and why are stock markets priced for perfection?

Bella made it through the Great Recession of 2008-2009, but just by the skin of her teeth. Luckily, she didn’t get laid off and she kept her house because her mortgage lender altered her payment schedule – saved by the stroke of a pen!

Over the next four years her salary went nowhere. On an inflation adjusted basis it fell. To make ends meet, she took out more debt. Money was readily available and cheap. Banks were lowering their standards and clamoring to lend money. They were pressed to make up for revenue lost due to restrictions put on them by regulators – restrictions meant to help avoid another 2008.

Thanks to Bella’s house appreciating, she was able to do a cash-out refinance in 2014. She lowered her payment on the mortgage and rolled in all the credit card debt that she had accrued trying to fill the gap between her income and the lifestyle that she craved (and was expected to uphold by her peers). Saved for a second time!

Why did Bella’s house appreciate so much? Cheap money. At the time, the Fed was buying Treasury bonds and mortgage agency bonds hand over fist; translating into low mortgage rates. This made it easy for other consumers like Bella to qualify for loans and buy homes. More demand and less supply of homes pushed up home prices.

Some of Bella’s neighbors were able to buy rental homes, stocks and other assets that kept rising in price. This enabled them to borrow even more, since their brokers would lend against the stocks in their portfolios and rental homes enabled even more cash-out refinancing. All the while the Federal Reserve kept interest rates incredibly low. Inflation was non-existent and bubbles were not apparent, so they seemingly saw no need to change course.

That brings us to 2016 when the Fed decided that, in fact, interest rates were too low and that they needed to raise them.  Besides, a little insurance (in the form of future interest rate cuts in the chamber) would be good if the economy got into a jam. They also decided to trim their balance sheet of bonds by letting them mature. Over the next 2 years the Fed raised rates 9 times and shrunk their balance sheet by over $500 billion.

What this meant for Bella was that her heretofore reasonable credit card payments more than doubled. There was no going back to the well for a refinance this time. The equity in her home was not enough. She did what any red-blooded U.S. consumer would do. . . she applied for another credit card and went shopping. At this point, she had to alternate between paying the minimum on one card, then the other. It was just enough to keep the collection agencies away. Toward the end of 2018 Bella was at her limit and started cutting back on trips to the mall and eating out. Not fair! Where was the lifeline?

Meanwhile, her neighbors who had other financial assets (stocks, real estate, etc.) were finding that the income required to keep up their lifestyles was now sorely lagging. Bonds were not yielding enough. New real estate investments weren’t cash flowing as they once were, due to the now elevated purchase prices. They did what any red-blooded U.S. investor would do. . .they ditched safe bonds for riskier stocks and relied more on capital gains to make ends meet.

To be fair, Bella and her neighbors did what anyone would have done, given the premise that one optimizes their situation given the rules of engagement. The problem is that this low rate environment seems to have led to a massive increase in private sector balance sheets – without a subsequent increase in “income” (salary, rental income, dividends, bond coupon payments, etc.)

The economy, in our opinion, is now unable to withstand higher rates because balance sheets have grown so much. As assets have grown, so has debt. Higher interest rates would mean higher debt payments. Bella and all other U.S. consumers that loaded up on debt will get pinched at lower and lower peak rates over time.

Meanwhile, Bella’s neighbors, (the ones who have taken advantage of financial asset price inflation), have been getting more and more wealthy over time. This seems like it would benefit the economy, but this cohort only spends 69% of their income, as opposed to folks like Bella, who spend all their income and then some.

It may be that this bifurcation in spending has contributed to keeping inflation low. Additionally, if you are spending more than you make, you’re incredibly price conscious by necessity. Enter the Amazon effect and online price transparency. Prices for most goods and services have not materially increased for years. How then can companies grow margins and add to the economy? Answer: By becoming more efficient and leaner, which unfortunately means not paying employees/consumers like Bella better wages.

We have seen the Fed lower rates recently – ostensibly to deal with external risks such as the tariff wars and evidence that manufacturing is slowing. Although, it may be that they see that more liquidity is needed and that higher rates will choke off what little growth is still underlying the economy.

Now that we better understand where we have been, how does that shape where we think we might go on this crazy ride and how do we factor this into portfolios?

The same forces that drove Bella to go into debt and to subsequently cut back in spending are at work all over the globe – within households as well as corporations. In Europe, interest rates and interest paid to banks for holding reserves at the ECB are negative. The ECB (and other central banks) are trying to incentivize commercial banks to lend instead of hoarding cash and earning a risk-free rate of interest. These unconventional policies are intended to spur investment and push inflation higher. It appears that it’s not working. Business are likely are not borrowing because of all the uncertainty surrounding the tariff wars. To illustrate how backwards things have become, in Denmark, some banks have been offering negative interest mortgages. The bank will essentially PAY YOU to borrow and buy a house because it’s more advantageous than parking it in even more negative yielding bonds.

In this low interest rate environment, investors around the world have pushed farther out on the risk spectrum in order to make ends meet and have relied more heavily on capital gains instead of income. This is indeed dangerous and may be why the stock market keeps going higher in the face of declining underlying fundamentals. Additionally, it’s easier than ever to simply buy an index fund and ride the wave. Assets under management in these index and ETF (exchange traded fund) products just surpassed those under active management. This means most of the capital in the stock market is not concerning itself with individual company valuations but rather just making the largest stocks in these indices larger. The icing on the cake is that the SEC just made it easier to launch new ETFs with the passing of Rule 6c-11. This means that there will be even more ways to buy baskets of stocks that don’t require an investor to do any homework, but rather just piggyback on a theme-du-jour.

While it’s become the norm to buy and hold an index fund or basket of securities within an ETF, we think now is the time to dig deeper. Case in point is the Bloomberg Barclays World Bond Index. Sounds safe and well diversified right? Well, think again. Remember that $15 trillion of negative yielding bonds? Over 40% of this index is exposed to bonds that are guaranteed to return less than the initial issue price upon maturity.

An example of how these negative yielding bonds behave is as follows: The current yield to maturity on Germany’s 10-year 0.25% coupon bond is -0.57%. If market interest rates climb back to 0%, the loss on this bond would be -5.5%. If rates go back to a “nosebleed” 1%, the loss on this bond would be almost 15%! This seems much more stock-like than bond-like risk to us – BSW has not invested in international bonds in years.

Two weeks ago, the Fed had to intervene in the money markets to supply liquidity to banks – like a patient with a low-grade fever, a sign that things are not quite right under the surface. The money markets are the plumbing of the economy. Without getting into the tangled web of the repurchase market, there was not enough cash to satisfy bank demand. When the Fed shrinks its balance sheet, as noted above, it takes cash out of the banking system through these operations. In an economy that has been propped up by growing balance sheets, the need for cash has grown exponentially.

We think that the Fed will continue to cut rates and will likely re-start the bond buying engine to expand its balance sheet and infuse more liquidity into the system. This is good news for Bella and should qualify as her third (and last?) lifeline. She’ll probably see lower credit card payments and her job will be secure since her employer can get more credit to buy back shares, finance inventory and muddle through for a while longer. She certainly won’t be seeing a raise and can plan on spending more on many items that are imported from China. At the end of the day, merely adequate.

Before you conclude that all is lost and that Bella is doomed to a life saddled with debt, remember Eminem’s words. We don’t know what’s going to happen tomorrow. To take this sentiment one step further, as it relates to financial markets, we never could have envisioned negative rates just five years ago. The world’s financial markets are jockeying to policies that are being made up in response to policies that were also fabricated in response to worries.

We may have entered a new era where conventional means of manipulating money supply and rates have run their course and are now ineffective. We have seen glimpses of what the new era may bring. These include wealth redistribution through taxes and basic income for all adults. No doubt that if new policies take hold that they will have their own up-front benefits and negative ripple effects to solve.

The market has run for over 10 years with very little in the way of pullbacks. We don’t believe in putting one’s head in the sand, nor do we believe in putting all the chips on red. In our opinion, remaining diversified, rebalancing portfolios and not falling into the traps of reaching for risk or over-leveraging have served our clients well. Our stock benchmark, the All Country World Index (ACWI) is up 15.87% year to date through September. We’ll most certainly take it. We will continue to remain vigilant and look for risks. We believe Bella will be just fine – as will you! 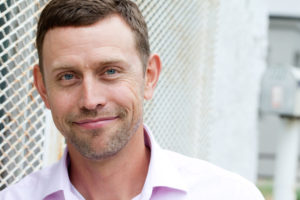