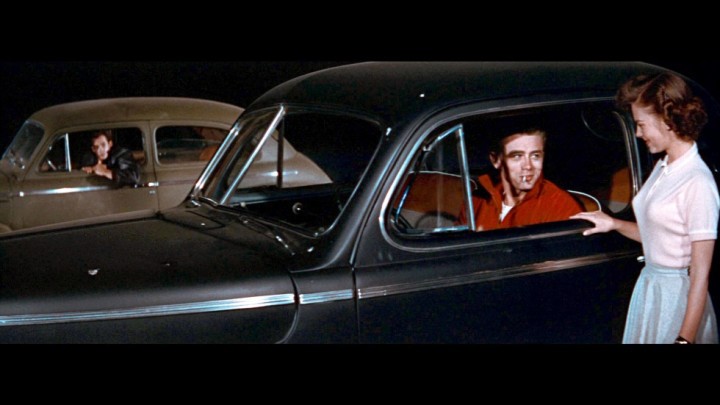 James Dean in “Rebel Without a Cause” 1955 – Chickie Run Scene

Welcome back, volatility. Can’t say we missed you.

After an unusually measured stock and bond market in 2017, the first three months of 2018 have ushered in a period of heightened uncertainty across almost every asset class. The market narrative of tax cuts and coordinated global growth that powered the market higher since the election has shifted.

Politics aside, recent moves out of Washington have flipped the positive market narrative on its head. We are now focused on issues that are decidedly negative for stocks: trade wars and technology regulation. Setting aside the underlying fact patterns that have prompted these moves, trade wars and unwarranted regulations are anathemas to stocks.

Let’s start with tariffs and trade wars. The U.S. has imposed tariffs on imported steel and aluminum from certain countries and has said it will target products from China that are tied to its recently announced “Made in China 2025” plan; namely advanced information technology, robotics, aircraft, shipbuilding and other high growth industries.

China has already retaliated with their own tariffs on U.S. pork, fruits, and nuts; and have followed up with tariffs on planes, soybeans, cars, and chemicals. Clearly, the hope here is that cooler heads will prevail before these tariffs go into effect. As opposed to these unilateral injunctions and threats, trade ministers around the world can and should work together to promote fair trade. We believe a trade war would likely make investors temper future earnings expectations. Many firms would get caught in the wide web of downstream tariff effects.

On the regulation front, we have seen a few recent events that may curb enthusiasm for the technology sector (until recently the market darling). First, there have been threats to more closely regulate Amazon’s shipping costs.  To be clear, the market doesn’t really care about the specific accusations of unfair shipping, but rather the fact that the government is attempting to insert itself into the very core of a technology ecosystem that has been progressing over years – and in an open and competitive environment. This is a bad precedent that, if carried through with, could cause serious doubts about other dominant players in the information technology sector. 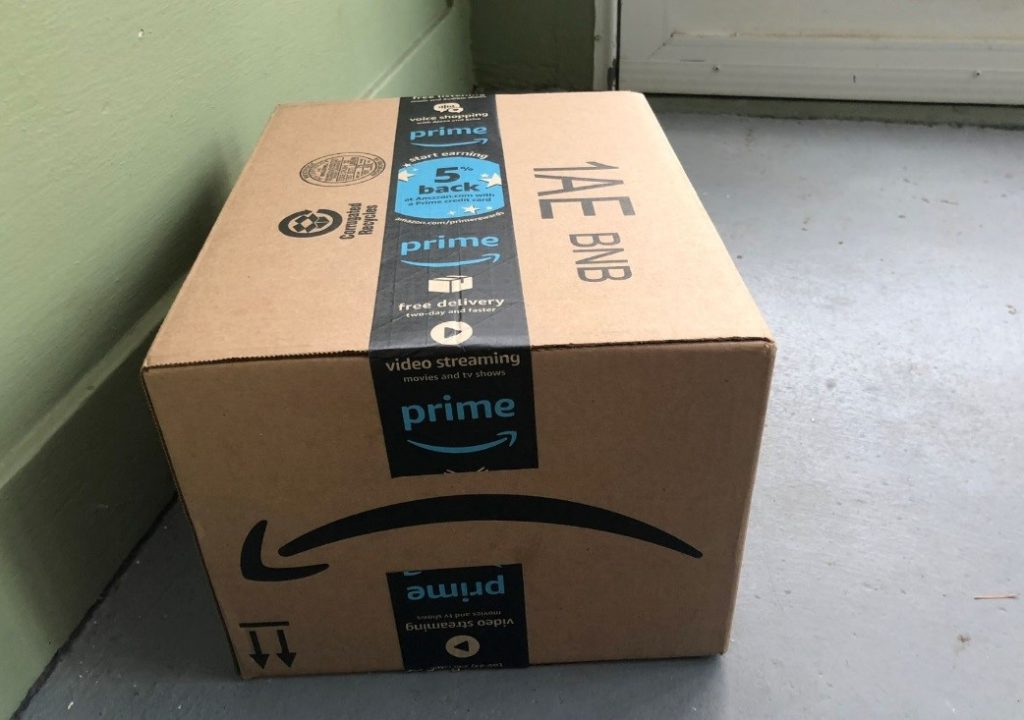 We are also watching how Facebook handles its own issues related to data sharing and how it will ensure privacy going forward.  Again, this may have ramifications for a wide swath of social media technology companies.

We can chock up some of the above to growing pains within the technology sector; beyond that, we are more concerned with the structural changes – regulation actions and tariffs – that fundamentally change the rules of the game, create uncertainty and can directly influence the profitability of companies and by extension, global growth in general.

On the flip side (there is always a flip side to the markets), underlying stock fundamentals across the globe are still strong. In addition, U.S. corporations will start to announce Q1 earnings soon, so we will get a first look at how the new tax cuts are benefitting their bottom lines. We also note that inflation remains tame for now. The most recent core Consumer Price Index released by the Bureau of Labor registered a 1.8% 12-month increase; below the Fed’s stated target of 2%.

Where do global stocks and interest rates stand as of the end of Q1? What does all this nonsense mean for my portfolio?

Despite the first quarter producing some stomach-churning market moves, our global stock market benchmark, the MSCI All Country World Index, finished the quarter down only -0.89%.  Our growth portfolios surpassed our benchmark during this period due to our relative overweight to emerging market stocks (the only global market to remain positive for the quarter) and underweight to large cap U.S. stocks.

Interest rates, especially on the short end, have moved higher in response to the Fed interest rate hikes. We believe this is good news for BSW clients since money market accounts are now actually providing a decent yield. On the longer end, the 10-year treasury (the instigator of the first bout of volatility back in early February, mentioned in a February blog post) has remained stuck in a range between 2.73% – 2.90%. In our opinion, we would expect that as the Fed continues to raise short-term rates, that the long end of the curve could push higher at some point soon – advantageous for reinvesting maturing bond proceeds!

Taking this all in from 30,000 feet, if you peel back the threat of a trade war, we don’t believe stocks look terribly expensive, we would anticipate tax cuts will buoy the economy through the end of this year – thanks to capital expenditures pushed forward by incentives and refunds to many individuals that should keep spending on the hotter side.

This trade standoff between the U.S. and China reminds us of the chickie run scene in the 1955 film, “Rebel Without a Cause.” The dramatic scene involves James Dean’s character and his rival, Buzz, climbing into their cars for a dare.  The dare involves racing towards the edge of a seaside cliff in the dark.  The first man to bail from their vehicle before it careens into the sea is the chicken.

In our opinion, and the opinion of many economists with many more letters after their names than ours, the U.S. cannot win this game of chicken with China.  Our friend, Andy Rothman, at Matthews Asia reminds us that the U.S. now only takes about 19% of China’s exports. China has evolved into an economy that is no longer export driven (according to the World Bank ~50% of Chinese gross GDP growth comes from domestic consumption) and so the impact of U.S. tariffs will have a relatively modest impact. Lastly, since 2001, the growth of U.S. exports to China have grown tremendously and many firms count China as a major customer (~33% of U.S. soybean sales are to China).

Until the U.S. and China get out of their cars, call off the dare, and agree that none of these trade barriers make sense, we will remain in a heightened risk-aware mode. Risk-aware differs from the often referenced “risk-off” in that a risk-off mode implies either moving to no-risk or lower risk asset classes. We want to remain exposed to the market (with our current emerging market tilts) because if the veil of trade skirmishes is removed, we could have a serious market lift-off, given the underlying strong fundamentals and now lower valuations.

If the cars are getting too close the cliff edge and neither side has swung the driver side door open, we have ways to trim portfolio risk at the margins. In the meantime, we are closely monitoring the standoff and the speed with which it is moving forward. After all, politics aside, we are not necessarily dealing with a cool, cigarette smoking James Dean at the wheel. 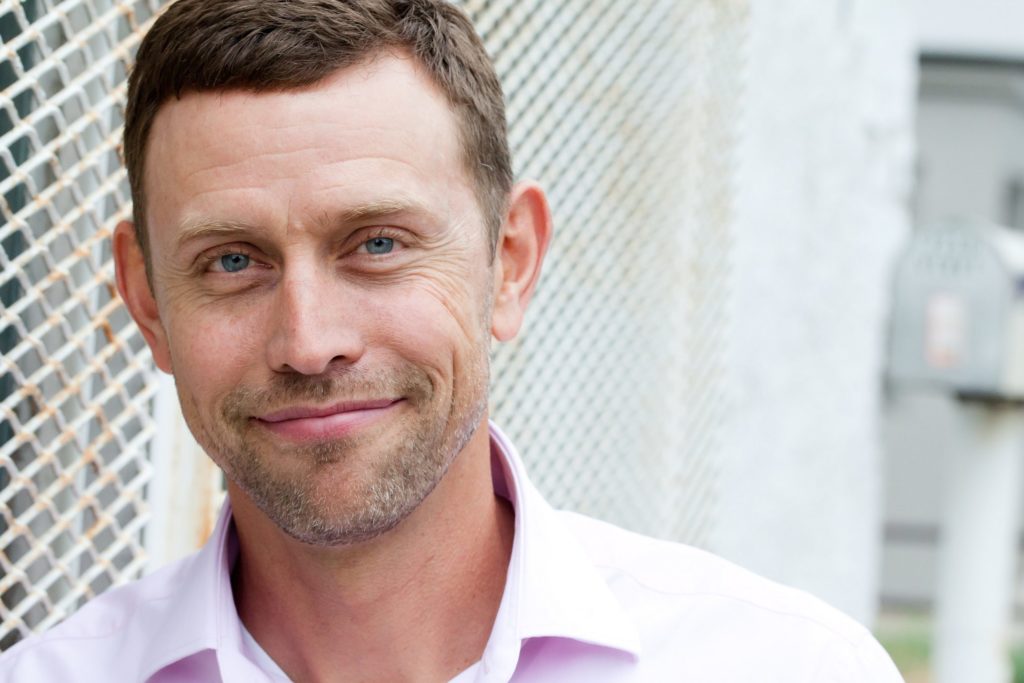