Where did April go? I am starting to realize that there is regular time and there is Coronavirus time. Days have been blending into each other and seem to be going in fast forward. I think we will all look back and realize that this was our collective “lost spring.”

Although I put out a market update just a few weeks ago, it seems things that influence the financial world have also gone into hyper-speed – so here we go: a quick summary of what we see, what we are doing and some food for thought to go with your homemade bread and take-out.

Almost everyone we speak with cannot believe the stock market recovered the way it has over the past 28 trading days. The S&P 500 is up 30% off its low in March. How can this be with such dire news headlines and miserable earnings reports from companies? This does not seem unusual in an era where the Fed has come to the rescue so many times that we are all taught to buy the dip. This buy the dip mentality quickly morphs into FOMO (fear of missing out) and investors pile in, creating a wave of upward momentum. Typically, the worse the drawdown, the bigger the subsequent bounce.

The FOMO trade has not been entirely without merit. The market has been reacting positively to news that states will be opening slowly for business and is hanging on every mention of the word vaccine.

On those two fronts, I caution that we need to square hope with reality. Georgia will be the first real test of re-opening. Will people go back to commuting on mass transit? Will stores, bars, and restaurants get back to some semblance of how they operated before? We know that social distancing will limit the number of patrons within establishments. Thing is, most post-Great Recession business models depend upon packing the house. Operating at less than 90% of pre-COVID-19 levels likely is not an option. From an economic standpoint, operating at 90% of previous levels is akin to the Great Depression. That is why, in my opinion, we need to flatten the curve, get testing widely available, and be smart about not creating a second wave of infections.

On the vaccine front, nothing could be better for the humanitarian and economic situations. I continue to think that our world’s best and smartest scientists will come up with a viable solution.

After reading a National Geographic article on this front, I was reminded of what a Herculean effort coming up with a vaccine is in practice. We have never had a vaccine for a Coronavirus, despite SARS and MERS infecting parts of society in the recent past. These strains petered out before vaccines could be developed. In the meantime, despite the obvious signs that these types of viruses could return, no progress has been made. The genetic coding that is so promising and seemingly futuristic has been around for over 20 years. We have yet to crack the code.

Moving on from the reality discussion, let us review what BSW has been doing throughout this period. First, as mentioned in a previous post, BSW took the opportunity granted to us by the stock market to rebalance client portfolios in late March. We believe this has worked out well thus far, as the market has rocketed higher.

We have also embarked on a risk analysis of our current investments, with the hope of finding where we might be exposed in this new environment and if actions are needed. On this front, our bond manager has sold over 300 bond issues across portfolios. These were the bonds that did not meet their stringent stress tests, which assumed up to a 75% loss of revenue sources. While 300 seems like a tidy sum, we hold thousands of bond issues across client portfolios. The intent of this wide spectrum is to ensure diversification, both from an issuer and geographic standpoint. Client bond portfolios have been, and will continue to be, heavily weighted to highly rated, quality bonds that have secure means of funding. We feel these bond portfolios have weathered this storm nicely and have remained the bedrock and ‘sleep at night’ portion of client portfolios.

Lastly, some observations, ruminations and teases for the next update…

The Fed has purchased 2 trillion (with a T) worth of bonds in the last 6 weeks. This is a heretofore unthinkable amount. Will they “become” the bond market and how will they unwind this on the other side of COVID?

With the U.S. unemployed making $978/week (50% of paychecks in the U.S. are less than this), how will the government pull back on this, as they are expected to in July, during an election year? How are front-line workers who put themselves at risk going to square making less than their friends sitting on the couch? If society was at a tipping point before with inequality issues, how is this going to work itself out?

I just learned that New York and Connecticut residents receive an auto-call every day with COVID case updates. Like we weren’t bombarded with bad news enough?! Personally, I hope they continue these calls after things get better with a joke of the day or a healthy meal idea.

As I have taken to watching nightly news again, I’ll end with a Lester Holtism….

Take care of yourself and each other. 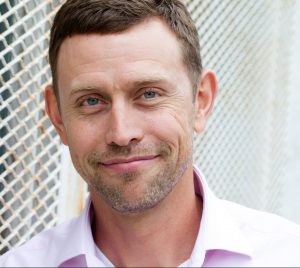