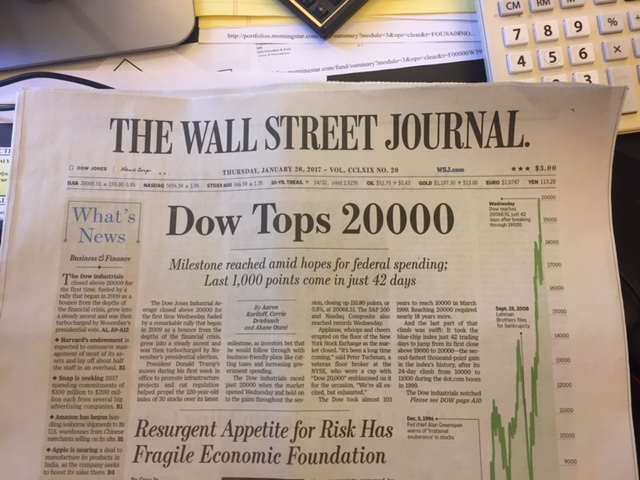 We have a new president, new distractions, and a stock market that just won’t quit. As I write this, the Dow Jones Industrial Average closed over 20,000 for the first time. It took almost 103 years to achieve Dow 10,000 and nearly 18 years more to achieve 20,000.

Before we look ahead, let us take a look back. I offer this simple stock market summary of last year:

Q3: Holding pattern until the election . . . as exciting as watching paint dry.

It was a tale of four distinctly different markets. When the dust settled on December 31st, our stock market benchmark, the All Country World Index (ACWI) finished the year up 7.86% – our BSW core growth portfolios narrowly topped this mark for 2016. We are pleased with these solid returns, particularly because many of our peers got whipsawed by overreacting to 2016’s four-faced market.

From January through early July, plotting a different course, bond yields steadily fell (prices rose) until the 10 year Treasury hit an all-time low yield of 1.36%. Pivoting off this record low, bond yields rose gradually up to the election, after which point they spiked higher owing to the perception of Trump’s policies spurring growth and inflation (see my December 9th blog post In Ladder We Trust for thoughts on bonds and yields).

Although this year’s crystal ball is still cloudy, its messages are displaying in rare boldface – giving us conviction in our views and allowing us to position accordingly.

At a high level, here is what we think: 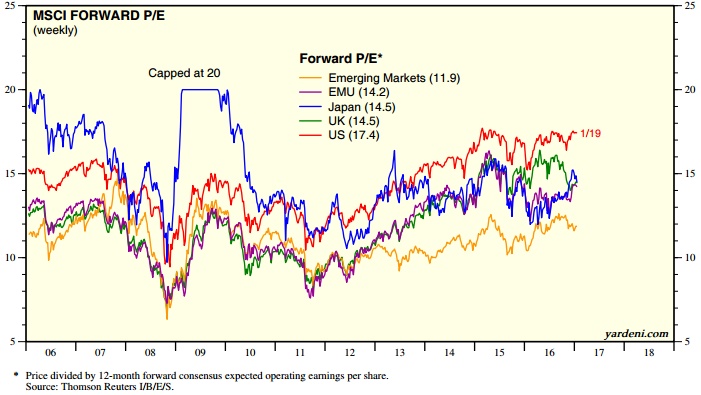 Starting valuation and the potential for positive economic surprises are most important in determining medium-term stock market returns. Along those lines, foreign and especially emerging market stocks are setting up nicely to finally outperform U.S. stocks following the longest string of underperformance on record.

A visual of the divergence between U.S. earnings and those of foreign companies is below. You can see that Emerging Market (EM) and European stocks have a long runway to catch up to their recent earnings peak of 2011 – whereas the U.S. has far surpassed its peak of 2011 and are in record-high territory. 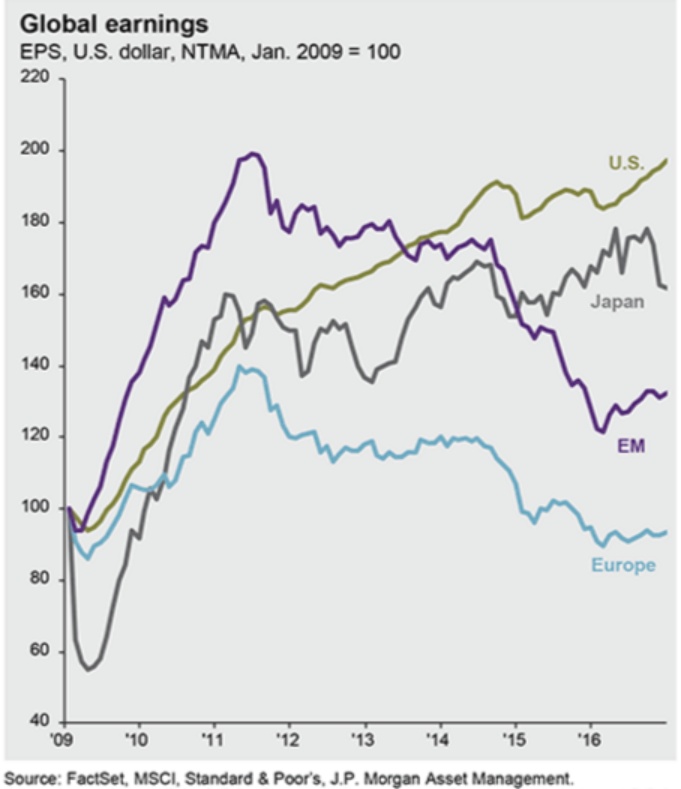 Per our views above, we remain underweight U.S. stocks and overweight Foreign and Emerging stocks relative to our benchmark ACWI Index. The growth portfolio that we will rebalance to this quarter is weighted approximately 45% U.S, 40% foreign and 15% emerging markets.

Finally, we’d be remiss if we didn’t address the elephant in the room, which is our new President, Donald Trump. In speaking with clients since the election, it’s obvious that this president has stirred wide-ranging emotions – all of which we have acknowledged, empathized with, and validated.

As advisors, we deal with the more human side of finance all the time. Wealth and money, at their core, are intertwined with deep-seated emotions and beliefs; chief among them: guilt, fear, greed, taboos, and family truths. Generally speaking, these feelings hamper effective, disciplined investing — President Trump-induced feelings included.

That said, we can offer you a non-political and fact-based piece of reality that might help.

Although President Trump has already inserted himself squarely into business dealings, proposing drastic measures not seen since Teddy Roosevelt’s Square Deal, even the most effective presidents have barely pushed through half of the platforms on which they ran.

Most importantly, behind the dog and pony show that has been distracting investors since the election; the real thing to focus upon has been widely ignored.  THE FED IS RAISING RATES! Our unassuming Chair of the Federal Reserve, Janet Yellen has embarked on the Fed’s 14th rate hike cycle since 1950.

President Trump can push through policy after policy, but with the Fed raising rates (and taking liquidity out of the system), none of it matters! Janet Yellen and the Fed are the conductors of the economy. Their policies will be felt within the economy with a few months lag.  Never has the Fed started a hiking cycle without the economy eventually slowing – sadly the vast majority of the time it slows too much. 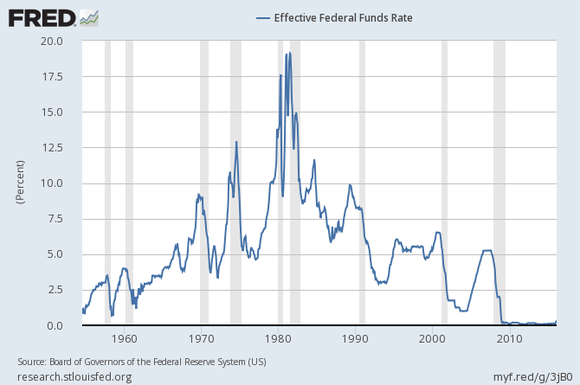 In fact, Yellen and the Fed have hinted to the extent in which Trump carries through with his promise of fiscal stimulus, they will respond with even higher rates. 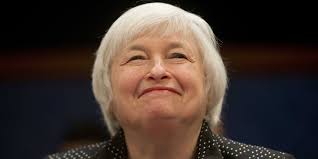 So when it comes to your portfolio, you can dismiss most of what the man in the Midtown Tower is saying and focus more on the diminutive powerhouse from Brooklyn. We will be doing the same!

As always, thanks for reading.