Inflation and the Art and Science of Bonds

To say Q1 was a rough start to the year would be, from my perspective, an understatement. Commodities were about the only thing in the green, as inflation continued to rage, and the Fed began a tightening campaign.

For many investors, what felt different this time is that bond prices fell right along with stocks. Historically, bonds have offered protection from stock declines and buffered portfolios during market turmoil. So, one might ask, what changed in Q1? As we have been saying for a while – inflation. Read on, and we’ll attempt to connect the dots between inflation, bonds, U.S. debt levels and what BSW thinks this means for portfolios over the next few years.

Then and Now: Inflation

To frame where we might be heading, let’s first review where we have been. For 40 years the U.S. has been in a bond bull market; meaning outside of a few temporary bouts of selling, bond prices have been trending higher and yields have been trending lower. This has been good for fixed income mark-to-market performance, but as we’ve been saying for some time, not so good for savers who have been forced to accept piddly yields on their sleep-at-night fixed income investments.

Enter the pandemic, the war in Ukraine and the breakdown of global trade. These events seem to have put in fast forward what has been occurring behind the scenes for years. The pandemic caused even more stimulus to be unleashed and even more debt to be issued to pay for relief efforts. The war in Ukraine has ushered in an era where those who may disagree with U.S. policies cannot assume a dollar is worth a dollar in times of crisis. The assumption that supply chains will always be functional (and that we can always rely on trade partners for goods) has also been challenged.

These events on their own could cause a sea change in the market, let alone all of them happening simultaneously. The major shift – and something many investment professionals have never dealt with in their careers – is that all these events stoked inflation. The Bottom line is, we believe what has worked in portfolios since 2008 may not work as expected, or as consistently, going forward.

Inflation is the key difference. Rather than the Fed stimulating the economy and coming to the rescue with every stock market stumble, they will likely be more focused on tightening economic conditions, raising rates and hitting the demand side of the supply/demand equation. That seems to be their one and only playbook for inflation. This means a slowing U.S. economy and higher interest rates.

This is precisely the dynamic playing out within bond prices thus far in 2022. Importantly, these price moves do not affect a client’s yield to maturity at cost, which was locked at purchase. This loss only matters if we sell the bond before it matures, thereby realizing the loss. Just like the price gains in years past in bond portfolios were essentially “on paper” unless our manager sold, the losses are also unrealized and temporary in nature. Unlike a stock, if a client holds a bond to maturity, there is a known outcome (the yield on initial investment) short of a default or non-payment.

Why should clients continue to hold fixed income when bonds have been falling in price and inflation is running at rates higher than the yields we can get?

The below is important and not necessarily intuitive, so I am going to highlight in bullets for ease of absorption.

U.S. government Debt and Why it Matters

The U.S. now has debt levels that approach 125% of GDP. What that means, in simple terms, is that the debt has risen to a point where the U.S. cannot afford to make higher interest payments – which it will be doing if rates keep going higher. In our opinion, rates cannot go too much higher without causing either a fiscal spiral – where the government must issue debt just to pay interest on the debt – or a situation where something breaks down. When I say breaks down, this often has to do with the plumbing of the financial system. Since the economy has been soaking for so long in a bath of low rates and unlimited liquidity, financial systems have adapted to this environment. If the system changes and liquidity (the flow of money) dries up, we could see systems falter – with potential ripple effects.

If rates cannot practically go much higher, that puts us potentially closer to the end of interest rates rising than at the beginning – at least on the longer end of the curve. We saw evidence of this recently as the 2-year bond yield went above the 10-year yield. This is the market signaling that although the Fed might increase short term rates more, they may not be able to hold them there for long.

If this is the case, buying bonds right now might not be the top of the market (in terms of locking in higher yields), but might be as close to a good entry point as investors may have for a while. If inflation comes down, which we expect it to do over the next year, and the market stumbles over higher rates, the Fed may reverse course and start cutting rates.

Despite all this seeming intense in the moment, everything explained above has repeated over and over throughout financial history.

What our Investment Team is doing

In terms of what BSW expects going forward, during economic regime shifts like this, one thing is certain – we’d expect volatility to pick up. We also expect stocks to ease back towards more reasonable valuations over the medium term. This can happen in one of two ways – stocks move sideways, and earnings slowly pick up; or stocks can sell off and earnings can stay the same or drop less. Importantly, we think that stocks over time should still provide better than inflation returns and will remain the main drivers of returns over time – as they have for decades.

BSW soon will be rebalancing portfolios. We are looking to take advantage of market dislocations by tax loss harvesting, adjusting geographic shifts in stock exposures, and leaning into value stocks, which tend to do better in a rising rate environment. In many portfolios, BSW will also be adding a dash of real asset investments to the soup ingredient mix – our attempt to take advantage of assets that have pricing power over and above inflation. Lastly, we will be rebalancing clients back to their macro asset class targets to ensure that portfolio risk levels remain appropriate. As we get closer to this time, we will communicate more specifics.

Until then – Happy spring and thanks for reading, 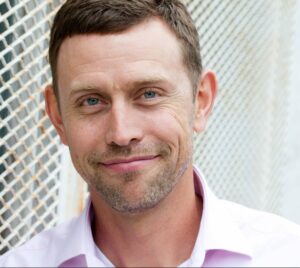