Fear or cheer the Brexit? 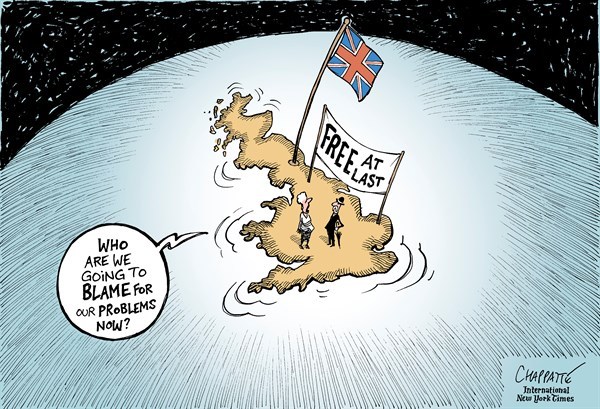 Markets around the world tumbled this morning on news that voters in the United Kingdom (UK) chose to exit the European Union (EU), the so-called “Brexit” referendum.  In the aftermath of the vote, pundits and prognosticators are, as usual, calling for economic armageddon.  And once again, as usual, they will be wrong.  Instead, the Brexit is another good lesson in behavioral finance and the perils of emotional decision making.

Consider that Great Britain was founded on May 1, 1707.  For more than 300 years, it got along pretty well on its own – including being the most powerful nation on the planet for a good chunk of modern history.  Even when the UK eventually joined the EU, it did so rather halfheartedly – choosing to retain its currency (the Pound Sterling) rather than the Euro and even negotiating a materially different status than other EU members. Likewise, Europe has stood separate from Great Britain, economically as well as culturally, for centuries.  As the saying goes, “Far more than the English Channel separates England from France.”

Generally speaking, the media knows that investment commentators preaching doom and gloom “sound smarter” — and, besides, fear sells and Americans have a seemingly insatiable appetite for it. While markets may hate “uncertainty,” rational investors love it.  Throughout history, every single bout of uncertainty turned out, in the long run, to be an opportunity.  Every. Single. One. Is the Brexit more earth shattering than (pick a fear): 9/11, the collapse of Lehman Brothers, Long Term Capital Management, the Asian Contagion, the Flash Crash, Black Monday, etc.?  How did those work out in the long run? 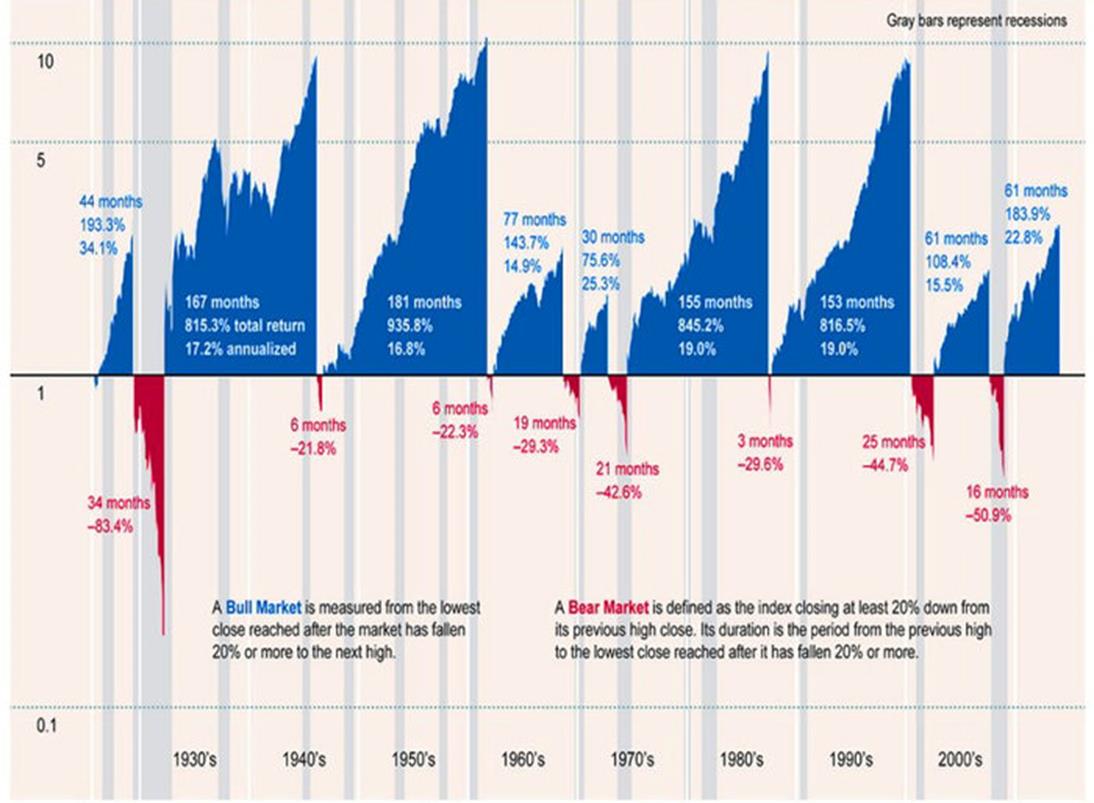 A historical perspective on market gains versus losses . . .

While much ink will be spilled over the specter of terrible things to come, investors know that the world (and markets) will march on, as they always do.  During these times of panic, I’m reminded of Warren Buffett’s observation in his 1991 investor letter, “The Stock Market is designed to transfer money from the Active to the Patient.”  Incidentally, the Dow Jones Index level was around 2,500 in 1991.  Today, even after the Brexit correction, the housing bubble, tech bubble, etc, it’s at 17,488.  Not bad, eh? And, true to form, investor sentiment is again touching lows not seen since 2009 – which is typically an excellent contrarian indicator.

Will it be ugly in the markets today? Yes.  Might that persist for a while? Perhaps.  Will it ultimately prove to be an opportunity? Certainly.  So while acquaintances, friends, colleagues, or relatives, recite the litany of fear mongering proselytized by the media, here are a few actual data points to keep in mind:

US household balance sheets are in the best shape in more than 30 years: 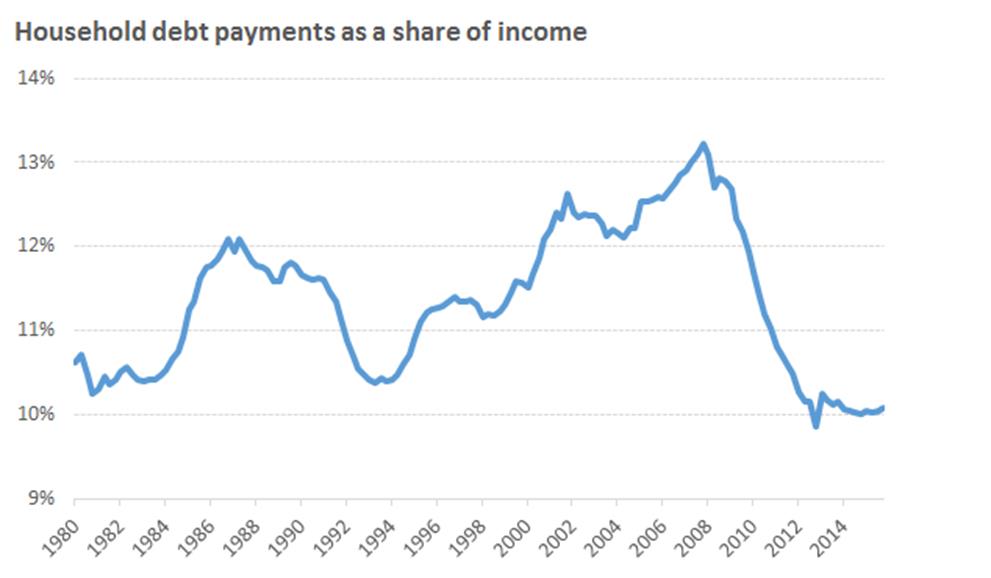 Energy as percentage of personal income has basically never been this low: 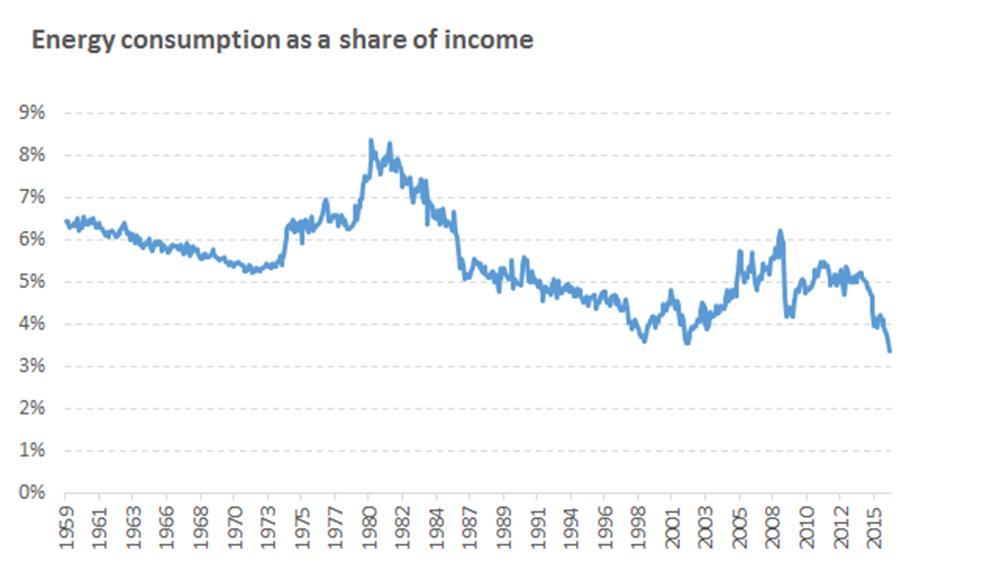 These are not the signs of pending doom and, in time, the Brexit will prove to be just another bump in the road and opportunity for patient, long-term investors. Remember, fear and faith ask of us the same thing: To believe in something we cannot know.

So keep the faith, enjoy your weekend, and know that we will continue working tirelessly on your behalf.  As always, if you have any questions, please reach out – we are happy to help.